Supporting Our Paralympians In Tokyo 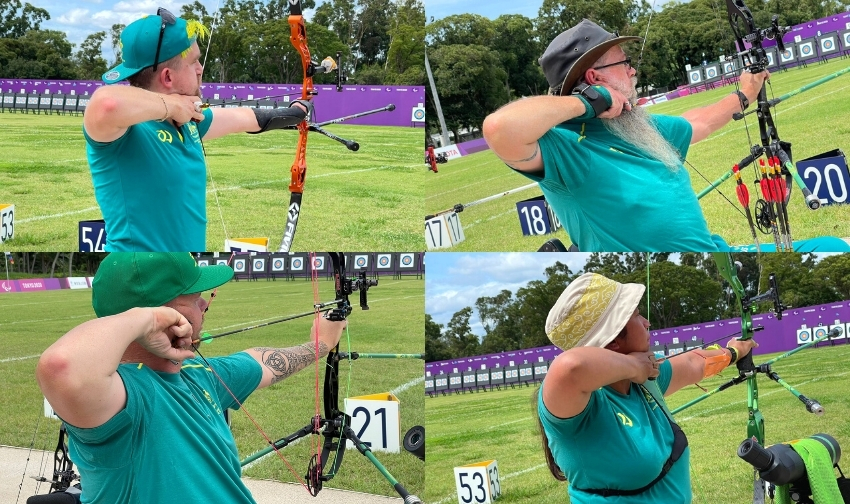 The Paralympics is one of the most prestigious events for para-archers across the world and it’s just around the corner on Tuesday 24 August to Sunday 5 September in Tokyo, Japan.

So get ready to watch the best para archers in the world compete in Tokyo at the Paralympic Games.

Jonathon Milne, Peter Marchant, Imalia Oktrininda and Taymon Kenton-Smith are the four Australian archers who are competing at the Tokyo 2020 Paralympic Games.

They will be shooting across 4 events:

You can find the full breakdown of archery athletes competing in Tokyo here.

What you hope to achieve at the Tokyo Paralympics?

Many things a great score, a gold medal and gain momentum for things I want to achieve that will make the world a better place.

“It means a lot to me to shoot with the best of the best in the world and hopefully to inspire others that age, disability and mental health are not necessarily a barrier and hoping to add to the movement that archery is a sport for all.

I hope to achieve the best I can, no matter the outcome, enjoy and learn from my experience.”

“It’s always good when you get to see all the hard work pay off and get the call up to represent Australia. The Paralympics are even better because it only comes around every four years. I’m hoping to shoot in Tokyo like it’s just any other day on the range. I always shoot my best when I’m having fun and enjoying the moment.”

“I still feel like I’m dreaming, it’s unreal. But definitely very excited to be part of Paralympic team.

With just a small time difference between Australia and Japan, it’s even easier to tune in and cheer on our Australian athletes at the Paralympic Games.

For the Paralympic Games, we have broken down the time difference for Australia:

Channel 7 is the only place to watch the Tokyo 2020 Paralympic Games in Australia – it’s live, it’s free and it’s available on TV, on your phone and on demand. Visit the 7plus – Paralympic hub here.