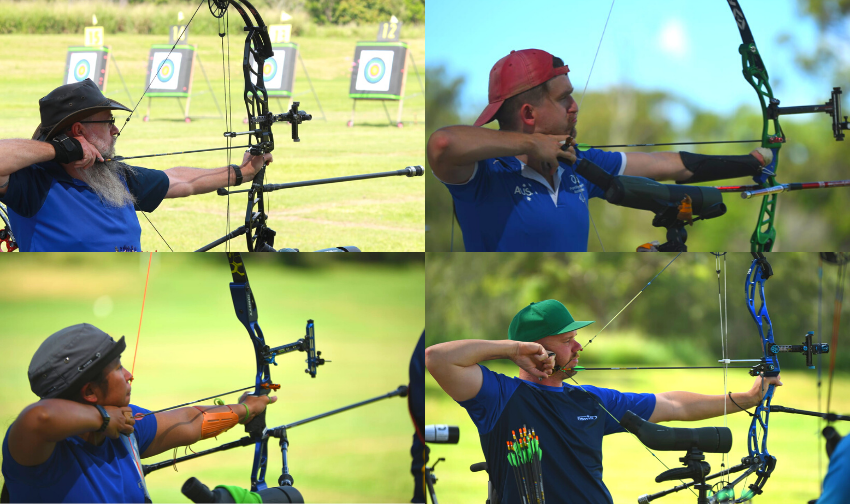 For the first time since Sydney 2000 the Australian Paralympic team is made up of four Archers, this comes as Paralympics Australia today announced that Imalia Oktrininda, Peter Marchant and Taymon Kenton Smith will be joining previously announced, Rio bronze medallist Jonathon Milne in Tokyo.

Today’s announcement highlights the impressive achievement from Imalia, Pete and Taymon who are all relatively new to competitive Para-Archery, with Pete making his international debut a year after the Rio Paralympics in 2017, and Imalia and Taymon only shooting competitively for the last three years.

Ricci Cheah, Archery Australia’s Para Head Coach said on the team’s announcement; “Their selection is all testament to the amount of training they’ve done, the amount of sacrifice they’ve put in to try to get to the Games. I’m excited to see what they can do.”

“Archery Australia has been instrumental in getting programs and funding together and putting the right people in the right places to make everything happen,”.

“I would like to thank Paralympics Australia for their ongoing support, NSWIS, who has been a major part of the whole Para-Archery movement and started the Para-program and to the AIS, for developing a great pathway for our Para-Archery.”

Pete will join Jonathon in the men’s Compound Open, with Imalia and Taymon competing in their respective women and men Recurve Open and will join forces for the Recurve mixed team event.

Lynne Anderson, Paralympics Australia Chief Executive said: “The fact we have four brilliant athletes representing us in Tokyo and that we can have realistic hopes for medals is a strong reflection of the extraordinary work that’s been invested by the athletes, Ricci and Archery Australia. It shows that the entire Para-Archery program is very much moving in the right direction.”

Archery Australia’s CEO Rick Hastie also extended his congratulations to the team, “I would like to congratulate Imalia Oktrininda, Pete Marchant and Taymon Kenton Smith on their selection into the Australian Paralympic Tokyo 2020 team.”
“It is certainly very exciting times for our Para-Archery program, and a credit to the athletes on their hard work during a very challenging preparation. I would like to say a big thank you to our Para High Performance team, the Archery Australia staff, our RGB’s, Archery clubs and coaches and the families of our athletes for their tremendous support.”

“I am extremely proud of the whole National Para-Archery Squad coached by Ricci Cheah for their continued dedication, commitment and sacrifices and would like to acknowledge Garry Robinson and Ameera Lee who narrowly missed out on securing spots themselves.”

“The excellent support we continue to receive from Paralympics Australia, the AIS and NSWIS has made a huge impact on Para-Archery within Australia and is set to be a promising future for our sport.”

The Paralympics start on Tuesday, 24 August in Tokyo, Japan.