Meet Your Archers Going To Tokyo 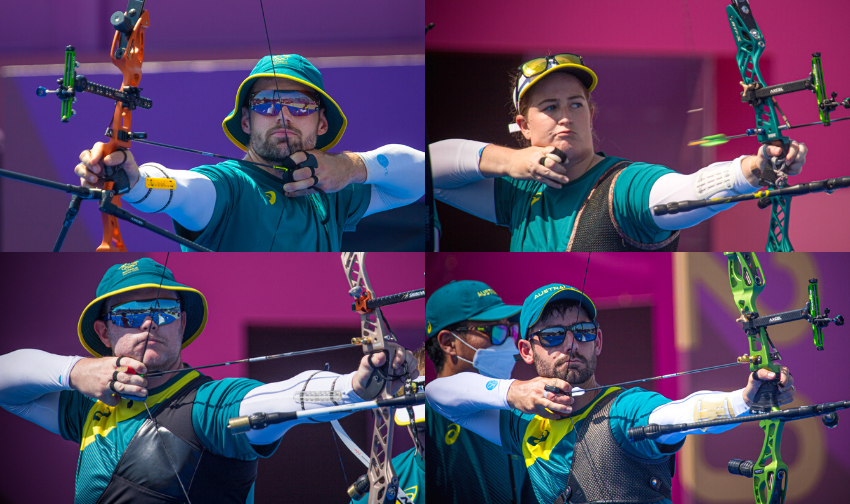 With the Tokyo Olympic Games almost here, we wanted you to get to know the archers representing Australia a little better.

David went to his first Olympic Games back in 2004 in Athens – it’s been 17 years between Olympic Teams and it’s a phenomenal comeback story.

Heading into her second Olympic Games, Alice will be the only woman on the Australian archery team for Tokyo 2020.

“I am beyond happy and excited to be heading to Tokyo! It means so much to become a dual Olympian and to be able to share that with the entire support network that has helped me get to where I am today.”

“After getting ill in Rio before my event I wanted to come back stronger and at 100%. It has been one of the toughest lead ins to a major event mentally, due to everything going on in the world. With the constant unknown and moving of goal posts, until I am there in Tokyo it won’t feel real.”

“Obviously going for gold is always the aim. Definitely want to better my 17th place from Rio and I really want to push myself and leave everything on the field. I’m really looking forward to shooting in the mixed teams event which is the first time it will be shot in an Olympic Games.”

“Like many other athletes at the Olympics I have the goal of climbing atop the podium at the end of my event,” said Ryan.

With one Olympic medal under his belt, Ryan is gearing up for Tokyo 2020.

Since the last World Cup of 2020, the whole Olympic team has been at the World Archery Excellence Centre in Lausanne, Switzerland.

“The opportunity to have some dedicated training time before the games has proven to be of significant benefit,” commented Ryan.

“Heading into my third Olympic Games is even more special this time around as I’ve got a new supporter back home – my 2-year-old son, Benjamin,” said Taylor

“This Olympics, I’m shooting with blue nocks for my boys – Benjamin and Baby Worth #2 (due in September). Every time I look down at the nocks, I’ll see the blue and it will remind me why I’m here and what I’m fighting for.

It will be odd not having supporters here in Tokyo but I know they’ll be a big crowd back home cheering us on.”

Find out how you can watch our archers at the Olympics here.

Back to top
We use cookies to ensure that we give you the best experience on our website. We use essential cookies to enable certain features. Third parties set cookies for both essential and non-essential purposes including analytics (e.g., Google Analytics) and advertising. If you continue to use this site we will assume that you are happy with it.Ok