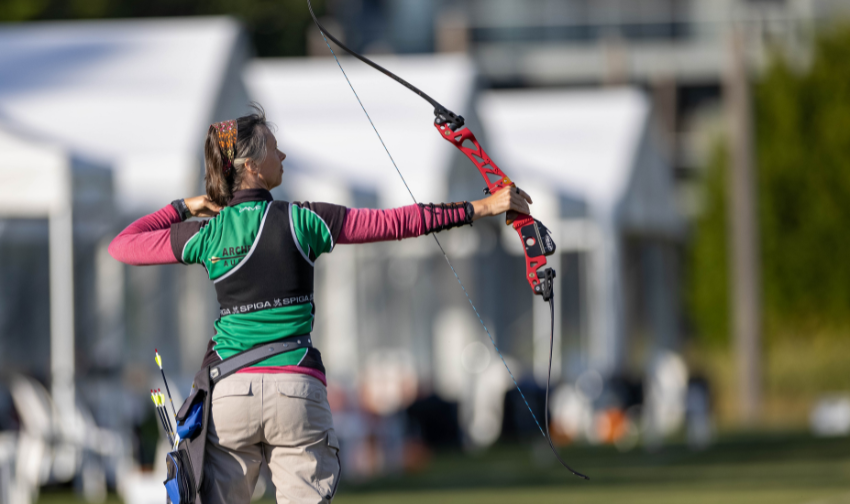 In an exciting development, the 2022 National Target Championship Matchplay Finals will be produced by Sports Entertainment Network (SEN) and live streamed via the Seven Network’s digital platform, 7plus.

On Monday 3 October, fans can tune into 7plus to watch Australia’s best archers shoot it out for the National Championship.

After Seven’s successful archery coverage of the Tokyo 2020 Olympic and Paralympic Games, Archery Australia is excited to see the coverage continue onto the National Target Championships.

For the sport of archery, this is a big achievement. Previously, everyday Australians would watch archery once every four years at the Olympic or Paralympic Games. Now for the first time, the National Championships will be live streamed via 7plus so anyone can watch.

In 2021, archery was one of the most popular sports online reaching record numbers of 810 million impressions and 360 million video views. Archery Australia aims to build on this success by broadcasting the biggest Archery Tournament in the country.

Olympians, Paralympians, the current Australian team along with archers from around Australia, New Zealand, Fiji, Singapore, and Jamaica will all be competing at the event.

Archery Australia’s CEO, Rick Hastie said “This new partnership with 7plus means everyone across Australia can watch the most prestigious target archery tournament in the country. It is a fantastic achievement for the sport and exciting news for the whole archery community.”

Managing Director Seven Melbourne and Head of Network Sport, Lewis Martin said: “What we saw from the overwhelming success of the Tokyo 2020 Olympic Games, is that Australians love watching the green and gold dominate in the archery. We are thrilled to welcome the 2022 National Target Championship Matchplay Finals to the Seven Network’s comprehensive sport offering on 7plus.”

Trent Miller General Manager Television SEN said “We are thrilled to partner with Archery Australia and 7+ for the National target championship match play finals from Brisbane, in what promises to be a thrilling day of action. We look forward to helping bring this wonderful tournament to households across the country via the 7+ platform.”

When the pressure is on, who will step up to the challenge? Tune in via 7plus on Monday 3 October to find out.