Hugo Lobb starting 2021 off with a bang! 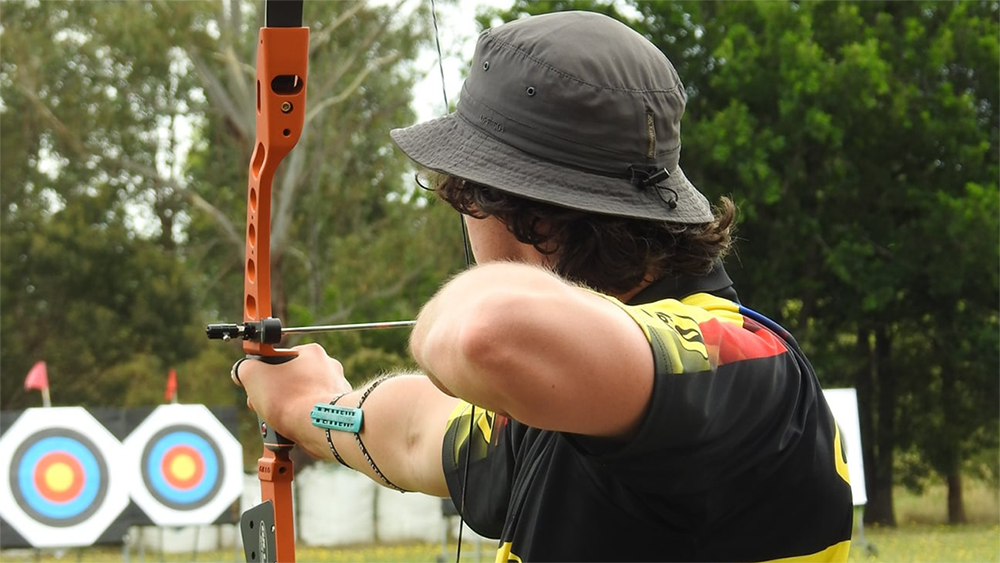 Hugo Lobb has certainly started off 2021 right, with having not just one, but four world records ratified by World Archery already this year. At just 16 years of age, Hugo has a bright archery career ahead of him.

On day 3, Hugo shot a 552 to increase the standing indoor world record (60 arrows at 18m) by 32 points in the Barebow Cadet Men division.  This impressive score also secured the record for the next age group up – Barebow Junior Men.

Just one day later, Hugo shot a 662 to break the standing outdoor world record (72 arrows at 50m) for Barebow Cadet Men by 36 points. This fantastic score also meant he broke the record for the next age group up – Barebow Junior Men. He was also just three points off shooting the outdoor open world record of 665, which is currently held by American John Demmer III.

“My current junior and cadet target world record 662 blew me away, I had no idea the score I was on track for whilst shooting it. It was only afterwards I realised how well I’d shot not only breaking my previous record but bettering my personal best by two points and almost knocking off the open men’s barebow target world record,” Hugo told us.

“I was definitely prepared and planning to shoot well but I didn’t enter the comp with the expectation of shooting world records.”

Back in early 2020, Hugo won the Barebow division at the Sydney Indoor Archery Festival. He was up against some internally renowned archers and came away with the win against people more than double his age. Then, COVID-19 turned the world upside down.

“During the first lockdown Victoria went through I managed to use that time to develop and implement new techniques I’d learnt from my recent travels to America and Italy,” said Hugo

When competitions stopped and his home state of Victoria went into strict lockdown, it was hard to even find a place where he could pick up his bow and shoot.

“During the second lockdown however I did lose focus and motivation, with no real light at the end of the tunnel for when competition would commence once again my training dropped back to just for fun only shooting every few weeks and only a handful of arrows. This sporadic and haphazard training after many years of shooting every day I did welcome a break. Once I began to hear whispers of competition starting back up I rediscovered my passion for shooting and was hooked once again,” continued Hugo.

From the whole archery community, we’d like to wish Hugo a big congratulation on his outstanding achievements. We’re looking forward to see his career continue to full steam ahead