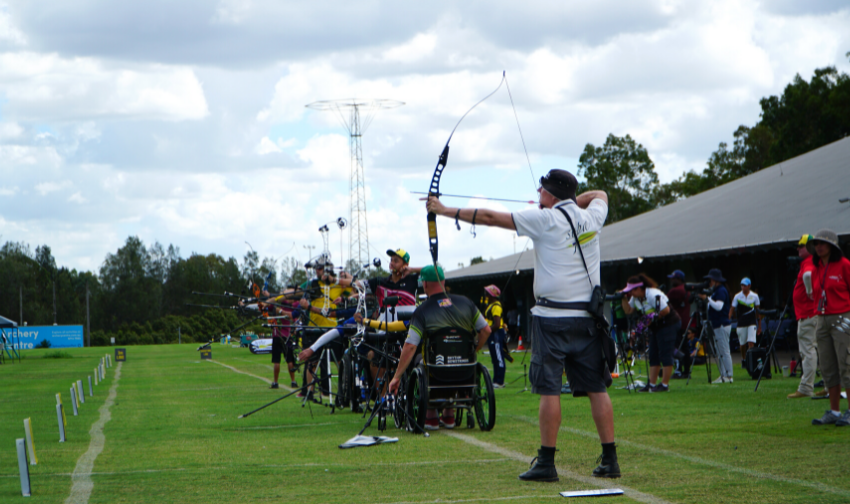 With just 1 week to go until the 2021 Australian Open & Barebow Test Event, things are starting to heat up!

The event has reached capacity with 150 archers registered for the tournament being hosted at Sydney Olympic Park Archers from 20-23 May.

About the Australian Open

The Australian Open tournament follows the style of World Cups with a qualification round followed by matchplay. The idea of this competition is to provide archers with experience for international competitions.

Excitingly, this year a barebow test event will run alongside the Australian Open, along with Mixed Teams being included for the very first time.

For more information on the event location, parking and program details visit here.

The tournament will start with a qualification round to seed archers and teams for matchplay.

Please note there will be no cuts at the 2021 Australia Open for Individual, Teams or Mixed Teams.

Individual matchplay – archers of the same gender and bow type will compete against each other. Archers will shoot 3 arrows per end.

Teams matchplay – three archers of the same gender shooting the same bow type, will compete against other teams. Archers will shoot 2 arrows, totaling in 6 per team, per end.

Mixed team matchplay – two archers, one man and one woman shooting the same bow type, will compete against other teams. Archers will shoot 2 arrows, totaling in 4 per team, per end.

Note: Teams must be registered by 4pm on Thursday 20th May at the registration desk or by emailing recorder@sopa-archery.org.au. Click here to download form to complete to register a team.

For recurve and barebow a set scoring system is used. For individual matches, six set points are needed to win, and five set points for mixed/team matches.

Archers/teams will shoot their defined number of arrows; the highest scoring archer/team will win 2 set points per end. If a draw in end score occurs, they will split the set points.

If a final points draw occurs, archers/teams are sent to a tiebreak where archers will shoot 1 arrow each – see resolution of tiebreak below.

A match consists of a defined number of arrows:

In the event a match is a draw a tiebreak will happen.

Please note, barebow matches work the same as recurve matches just at 50m instead of 70m.

Judges will show a yellow card to indicate a time penalty will occur if:

If a time penalty is given, the procedure will be as follows:

A matchplay explanation session will be available on Thursday (20 May) afternoon at the Australian Open. More details to come.

For more information on the event location, parking and program details visit here.

Back to top
We use cookies to ensure that we give you the best experience on our website. We use essential cookies to enable certain features. Third parties set cookies for both essential and non-essential purposes including analytics (e.g., Google Analytics) and advertising. If you continue to use this site we will assume that you are happy with it.Ok